Why Do You Write?

One question that many people will ask when they learn that someone is a writer is, of course, "What do you write?" Another, related question may be, "Why do you write [insert genre here]?" But I feel that the question of why we write at all is equally interesting. I suspect the majority of us would say, "Because I have to."

It's not that someone is standing over us, threatening to pour boiling oil on our hands should we fail to produce X number of pages. In fact, some of us (*cough*me*cough*) would rather do anything other than write--nap, watch TV, read, play with the dog. What I mean instead by, "I have to," is this: I cannot NOT write. There are times when the words build up in my head and I must get them out.

Left to my own devices, I'll take pains to avoid sitting down in front of my computer. This is why I write four or five blog posts at a time: I'm stockpiling to get the work out of the way. Because it's not glamorous, what I do. Between working long retail shifts and trying to get Little Dog to stop chewing on my ankles, keeping up with my laundry and attempting to sleep, there isn't much left in the way of energy for writing. As I type these words, I have my hair wrapped in a towel and I'm anticipating the buzzing of the washer. I haven't shaved my legs in days. Mounds of mail are accumulating yet again. But I'm still here, writing this post, because I HAVE TO.

Other writers, whether they're dedicated to spending several hours per day AIC (ass-in-chair) or giving their laptop a dirty look from across the room, will recognize this feeling. It's the one that gets us out of bed in the middle of the night to scribble down a sentence or two. It's the one that makes us cranky when we're stuck in a sales meeting and don't have an opportunity to whip up a new draft of something. It's the one that sometimes makes us forget to eat dinner because we're too busy jotting notes about a scene or a character.

We write to keep from exploding. We write to maintain our sanity (what little we may have of it). We write to scratch that itch. We do it because we have to.

Boomerang Girl arrived in the mail yesterday. If you're interested in ordering a copy, please contact me (cateismilesaway@gmail.com) or my publisher (tigerseyejournal.com).

Things I Say to My Dog (or, to Catch a Phrase)


As the title of this post would indicate, I’m bringing you a list of things I say most often to Little Dog. (And I promise I have a point; it’s not just me taking another opportunity to obsess about my pet.) These come to you in no particular order:

They’re catchphrases at this point, particularly the one about Ewoks. They’ve become part of my lexicon around the house. And I’m okay with that, because I think catchphrases are important in popular culture. Everything from Joey saying, “How YOU doin’?” on Friends to the old woman in the Wendy’s commercial asking, “Where’s the beef?” is part of our collective DNA at this point, and I encourage the use of catchphrases among fictional characters and narrators.

This is because they serve as identifiers and quirks, like Kurt Vonnegut’s pointed use of “So it goes” in Slaughterhouse-Five. If you prefer to think of it in a more current way, catchphrases are the hashtags of a character’s voice--something that bears repeating for one reason or another. For example, I think it’s important to tell Little Dog that she resembles a fictional animal from a massive science fiction franchise, which itself gave us both the directive to “use the force” and the best/worst Father’s Day conversation of all time.

If you pay attention to the everyday, non-fictional people all around you, I’m sure you’ll find that they are attached to certain words and phrases over others, like those who have not progressed past the “epic fail” heyday of 2008-2009 or a friend who really loves saying, “Right on” whenever he’s trying to give you an affirmation. Once you realize this, you’ll also see the necessity of catchphrases in your writing.

Try it out sometime just to see what kind of texture it gives your characters. After all, with a little effort, your character or narrator could inherit Draco “My Father Will Hear About This” Malfoy’s catchphrase crown!

Learn How to Edit Yourself, Please

A friendly reminder from your favorite local semi-pro writer: editors are not there to fix the mistakes you made because you couldn't be bothered to learn some really fundamental stuff.

This is not one of my random writing rants, I assure you. Far too often, I come across writers and/or written pieces that are sorely lacking in the editorial department. (And, in fact, I have written about it before.) Everyone makes a typographical error now and then; this isn't the kind of thing with which I take issue. When I was working in publishing, I straight-up admitted that there would be at least one mistake in every book I ever produced, because human error is a strange and terrifying thing. Rather, it's the attitude that some people have about their level of proficiency with the English language.

If you don't know how to use a semi-colon, go and find a book that will explain it. If you're not sure what the difference is between flaunted and flouted, pick up a dictionary. If you never learned about the proper format for dialogue in a short story or novel, might I recommend that you ACTUALLY READ A SHORT STORY OR NOVEL?

I promise I'm done yelling. For now. But seriously, I beg of you: brush up on your writing skills prior to showing your work to someone, especially an editor. You will thank yourself later, guaranteed.

Email ThisBlogThis!Share to TwitterShare to FacebookShare to Pinterest
Labels: writing

Popular Culture Holds Us Together

One day last summer, my friend Bonnie and I had a brief conversation:

Cate: The dude in the car next to mine looks like Uncle Phil.
Bonnie: IIIIIN WEST PHILADELPHIA BORN AND RAISED

This was a fabulous moment. Bonnie didn't have to ask who Uncle Phil was, and I got a kick out of her response. The fact is that it was facilitated by a powerful force: popular culture.

Without a shared cultural experience, Bonnie and I couldn't have interfaced like this. So the next time you find yourself questioning the value of popular culture, consider how it brings us together: with common images, sayings, and feelings. Without it, you wouldn't be able to recognize this: 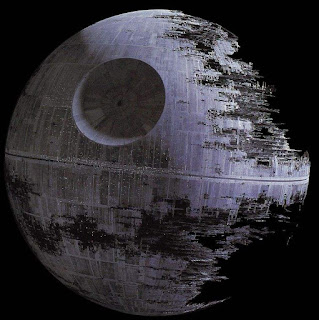 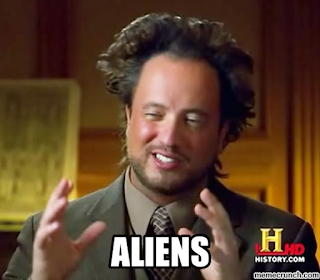 and certainly not this: 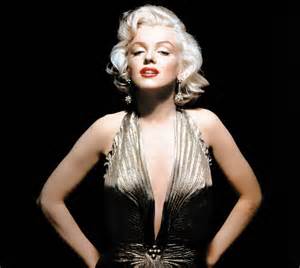 Images via here, here, and here.

PS REMINDER: I am judging the 2015 Tiger's Eye Press chapbook competition! The last day for submissions is August 31st. Details can be found here.
Posted by Cate at 7:37 AM No comments: