Not only was he Hans Gruber, Colonel Brandon, and Severus Snape. He was this deeply intense presence, one with a voice made to be heard and a head made to be tilted just so. He was the kind of actor who made you want to view his performances again and again for the sheer pleasure of discovering each nuance you hadn't noticed before, and if his Harry Potter cast mates are to be believed, he was a genuine, caring man off screen and off stage.

The world has lost what we hoped was an inexhaustible source of creative generosity, and not just because we loved Snape (Snape, Severus Snape): because Rickman touched something inside all of us, whether we expected him to or not; he was just that great.

Gods in the Wilderness is now available for purchase! If you're interested in ordering a copy, please see Amazon or my publisher, Pink. Girl. Ink. Press. 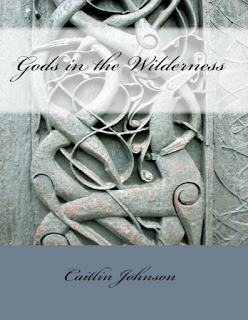 Happy reading!
-Cate-
Posted by Cate at 7:02 AM No comments: