When I was in elementary school, my brother was searching for the right college. My parents took him--us--all over for campus visits. We went to Indiana, North Carolina, South Carolina, other places I can't remember. On the way home from one of these trips, we took a detour in Maryland to visit Antietam.

Gettysburg gets a lot of play, and rightly so; it was the single bloodiest battle in American military history. But to this day, over 150 years later, the Battle of Antietam stands as the single bloodiest day in American military history. More than 3,600 soldiers died outside of Sharpsburg that September morning, with a combined casualty count in excess of 22,000 (dead, wounded, captured, or missing). 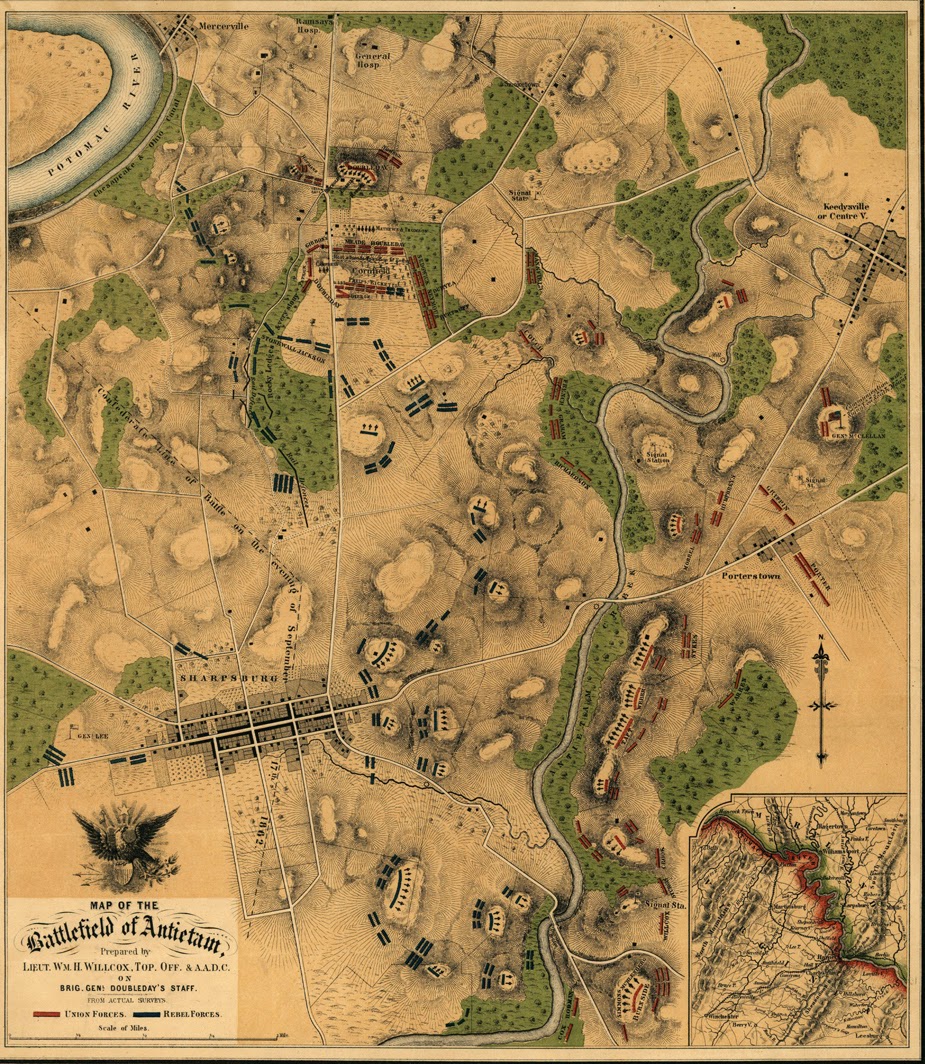 A map showing the locations of Union and Confederate forces at Antietam.

Like other battlefields, Antietam is now an open, green space occasionally interrupted by a memorial or fence. It's not much to look at. But once you've learned a little bit about the site and the battle, it becomes haunted.

These fields have seen so much blood. It's in the soil now, and in the grass. In the trees. In the water.

Modern warfare, being mechanized the way it is, seems almost civilized by comparison. Because when you look at Mathew Brady and Alexander Gardner's photographs of the dead lined up at what is now called Bloody Lane, the horses fallen on the field, the shocked expressions of the survivors, you know that something extraordinarily violent happened there. These soldiers fought face-to-face, hand-to-hand, in such a proximity that they could smell each other's coppery blood leaking from wounds.

For me, Antietam crystallizes in my mind the price we pay when we take up arms against our fellow humans, and I hope that everyone can learn a lesson from the pages it occupies in our history textbooks.

Image via the Civil War Trust.

For Part 3: Henry Ford Museum, come back next Wednesday.
Posted by Cate at 7:49 AM