So. Word on the street is that adults who read young adult (YA) books should be ashamed of themselves.

I know that this is old news by now, but I wrote the bulk of my summer blog posts months ahead of time to accommodate my ever-evolving situation, which is why I'm just now getting around to addressing the recent furor over this assertion. My friend Rachel Heston-Davis did a bang-up job of responding to Ruth Graham's article, as have many others. But of course I feel the need to add my voice to the dissenting crowd, because that's how I roll. 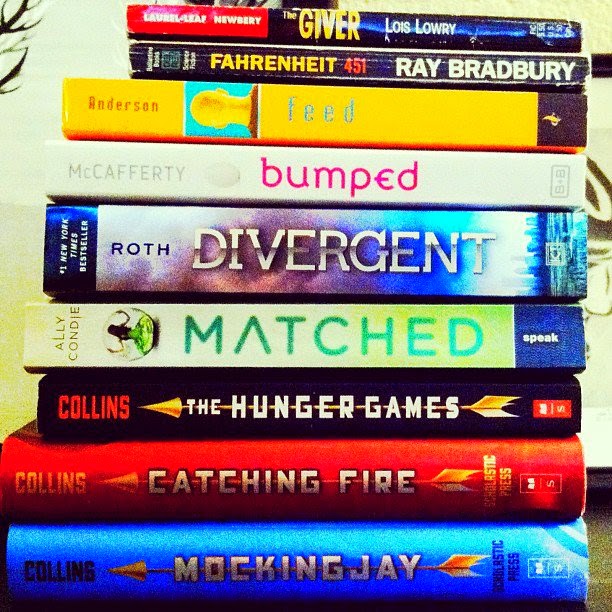 A stack of (mostly) YA books).

A friend and former professor of mine shared an article about the lack of discussion surrounding male YA readers (and, to an extent, authors). It's a quick yet illuminating read about true YA demographics. My friend, however, noted that she "Couldn't help wishing, though, that the male YA writer quoted in the article hadn't said he might not read YA if he didn't write it" because she was "Not sure that helped sell the concept." Below you'll find my response to her, as well as some comments I made when I first read Graham's screed (note: I've edited this since I spoke with my friend for clarity as well as the sake of redacting personal information).

Things I Said When I Had a Strong Gut Reaction to Ruth Graham Slamming My People
1) Tuck Everlasting is not YA. It's a children's novel. Neither is The Westing Game. It's a middle-grade novel. Freaking look into it.
2) As a matter of fact, the quality of YA fiction HAS improved greatly over the last 20 years.
3) Go read Inexcusable and tell me again that there's no such thing as moral ambiguity in YA fiction.
4) How is it not a good thing when adults take teenagers seriously and are able to connect with them through shared reading experiences? 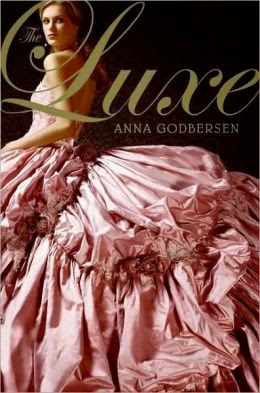 The Luxe, the first book in one of my all-time favorite YA series.

Things I Said When I Read The "Dudes" Article
To an extent, I understand people who say they wouldn't read the genre if they weren't writing in it, since part of the process of writing a certain genre involves knowing it (current trends, past masters, et cetera) and NOT reading it would open them up to read other things/work on other projects, but at the same time, I come from the school of "read everything. Read it now," since I think you can find influences everywhere. Which is to say that I understand your frustration with someone making that declaration.

Even before I switched from fiction to writing for young people (WFYP) in grad school, I would occasionally read something from that group (mostly revisiting YA titles, and occasionally middle grade stuff, that I'd enjoyed when I was in that age range), but I will readily admit that I read more YA/middle grade stuff now than I did before, both because I want to know what's going on in that world and because I had some great professors whose work I'll read whenever I can get my hands on it. 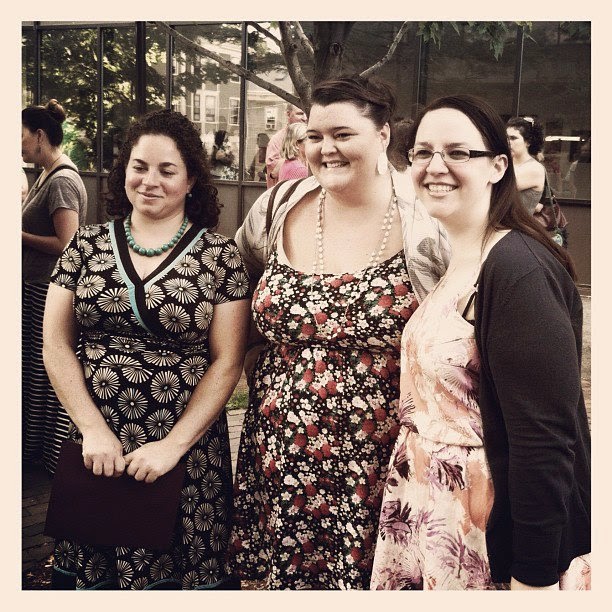 With two of my WFYP homies (Elizabeth and Jamie) after our graduation.

One of the things that bothers me more about these conversations--and honestly not just because I dislike John Green--is the fact that the same big-ticket authors keep coming up as examples of what adult YA readers are (or should be, or should not be) reading, particularly Green, Rainbow Rowell, and Suzanne Collins, much though I may love The Hunger Games. Maybe I'm more sensitive to it because I personally know or am acquainted with some YA authors who deserve to be read, or am familiar with works by authors who are sort of on the margins.

I'm thinking here of Jack Gantos (who has had an interesting life and wrote an incredible novel, Desire Lines, which deals with homophobia and bullying), Sara Farizan (who is helping add some diversity to the genre, being both Persian-American and part of the LGBTQ community), Chris Lynch (he maybe kicked my ass a little--okay, a lot--in grad school, but why more people don't read and take to heart Inexcusable [which I will take any opportunity to plug] is beyond me), and even someone like Cherie Bennett (her Sunset Island series is akin to the Sweet Valley High books, which some people dismiss but I firmly believe have a place in the literary world, since they're fun and have a wide appeal). 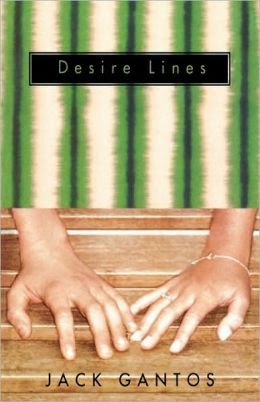 I will say that I appreciate people highlighting the fact that dudes read--and write!--YA and middle-grade books, not just ladies. There was a weird disparity between our faculty and our student body during my time at Lesley; out of eight profs across two years, four were male, but I only knew one guy who was a student (Scott Weems, who, interestingly enough, actually had his PhD in cognitive neuroscience before he came to Lesley for his MFA in WFYP and then went on to publish a non-fiction book about humor and why we laugh, going back to his neuroscience roots), although there have been a few other men whose time didn't overlap with mine. They're underrepresented in YA almost as much as women are in literary fiction, people like Green, Scott Westerfeld, and David Levithan aside. 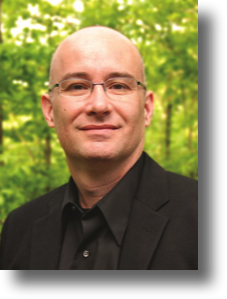 It also bugs me that YA authors are simultaneously held to the same and different standards than other authors. You can't sit there and tell me that YA is crap because it's not "literary" enough (which is patently bullshit) and also say that it shouldn't appeal to adults (or else that adults shouldn't find it appealing). That's like saying that a high schooler can't appreciate Steinbeck or Faulkner or that most vaunted of titles, To Kill a Mockingbird. Why SHOULDN'T adults appreciate YA? Not to get all Whitney Houston here, but the children are our future. Let's go ahead and take them--and what they read--at least a little bit seriously. Besides which, does rallying against the adults reading YA also mean that no adult should be writing it? Because every YA author I know, and most of the authors I can think of, is at least in the mid-20s age range, if not older. I'll return to the example of Chris Lynch, who is in his 50s and is a grandfather. Should this disqualify him from penning another YA novel?

My favorite YA person named Christopher, with the possible exception of Crutcher.

This is all very frustrating to me on a general level. Rachel [mentioned above] in particular has been very vocal, both on Facebook and her blog, and she and I are forever sharing articles back and forth, or else one of us is commenting on whatever the other posts. I actually have an anecdote from my last semester of school that kind of sums up how I feel about all of this: our entire cohort (about 32 of us) had a meeting one morning to discuss student and faculty graduation speakers. Everyone had the opportunity to offer up names, and the other WFYP ladies asked me to recommend Tony Abbott as the faculty representative. Before I got a chance to do so, however, one of the Writing for Stage and Screen students piped up and said, "I want to nominate [one of the WSS profs], because I feel like the WSS people are really disregarded in the program." There were two problems with this declaration. 1) The WSS people were the rock stars of the program. 2) NO ONE (and I mean freaking no one) took WFYP seriously at all except for those of us who were pouring our heart and soul into it.

And that battle rages on today. YA is dismissed by certain critics because it's not "worthy" of adult attention. It's kind of a tunnel vision effect, I guess: you only appreciate what you think belongs on your path. But that's the way you miss out on some pretty awesome stuff.

So now that I've written a manifesto, I'm gong to go take a nap, and maybe read some YA.

Images of The Luxe and Desire Lines via Barnes & Noble.
Image of Dr. Weems via his website.
Image of Chris Lynch via Lesley University.
Images of stacked books and badass ladies via my own Instagram feed.
Posted by Cate at 7:11 AM